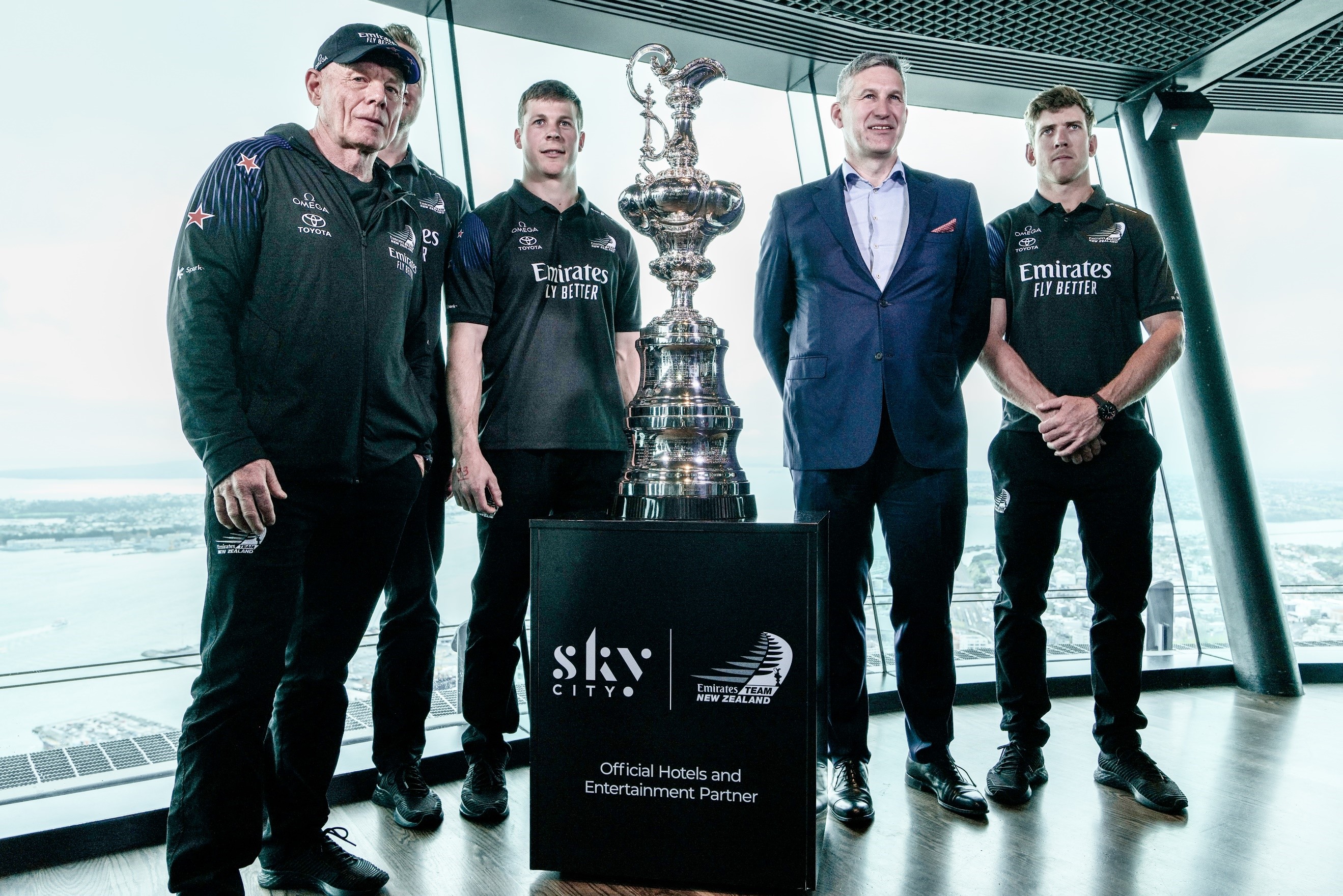 To celebrate the launch, SkyCity hosted a media event yesterday morning at the Sky Tower where they proudly displayed a replica of the America’s Cup and the Emirates Team New Zealand yacht, all made of chocolate, created by the talented pastry team. Following the announcement, Peter Burling, Marcus Hansen and Stephen Ferguson completed a celebratory Sky Jump. 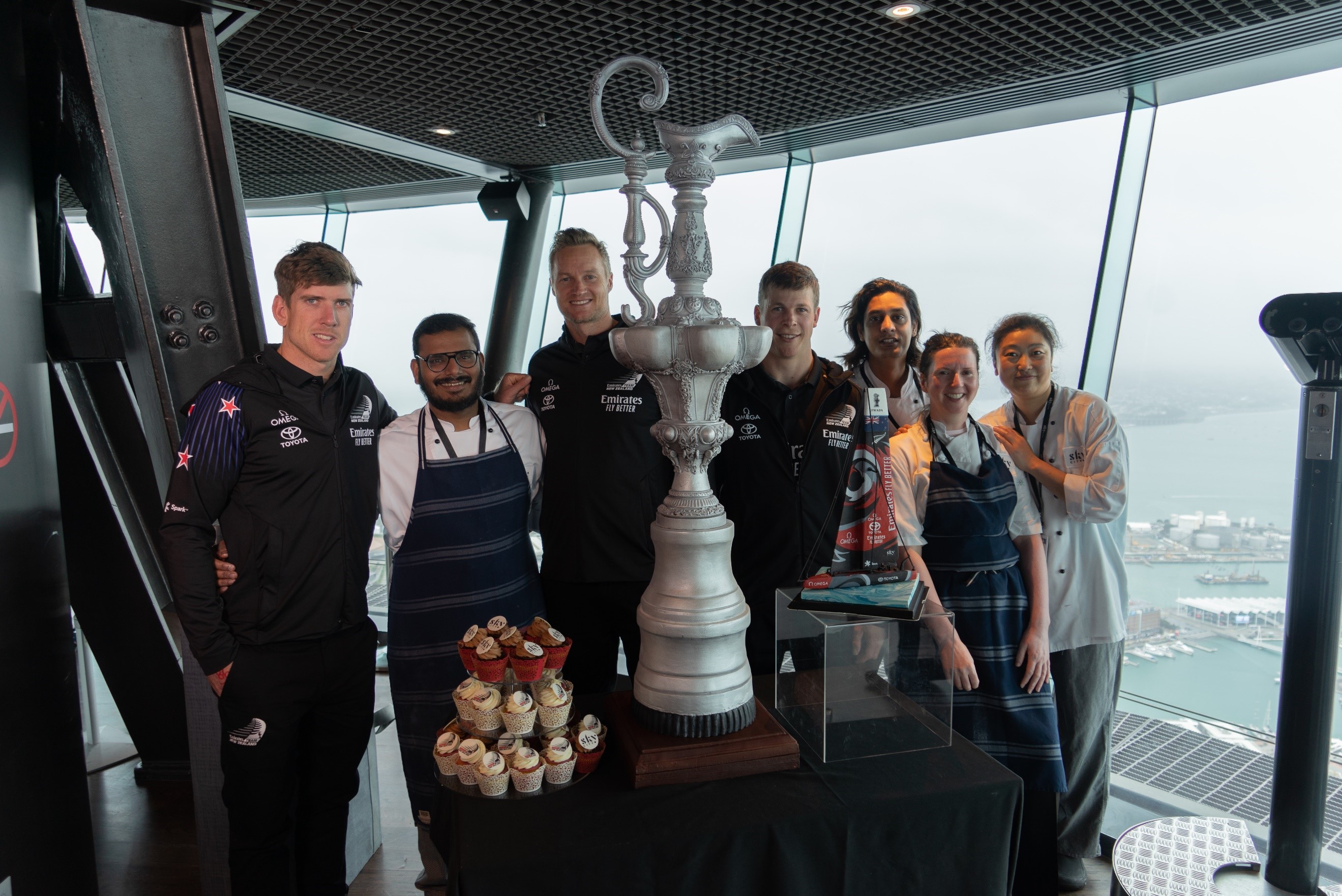 Come summer 2021, the festivities will continue from the Viaduct with a fan trail to Federal Street, where SkyCity will host an Emirates Team New Zealand Fan Zone and exclusive events at their popular food and beverage outlets. SkyCity’s precincts in Hamilton and Queenstown will also join in the celebration with their own fan zones and race screenings.

Graeme Stephens, CEO of SkyCity Entertainment Group says, “we are absolutely thrilled to be partnering with Emirates Team New Zealand for the 36th Americas Cup and supporting the team in defending the prestigious America’s Cup.”

Callum Mallett, Executive GM, Hospitality says that as the Official Hotels and Entertainment Partner, we can’t wait to showcase our premium accommodation and hospitality services to the world at this iconic event.

“The America’s Cup is a major event in the New Zealand events calendar, and we’re excited for all of the opportunities ahead of us, both in the lead up to the event and in 2021, that we can share with our customers, employees and Premier Rewards members,” says Mr Mallett. 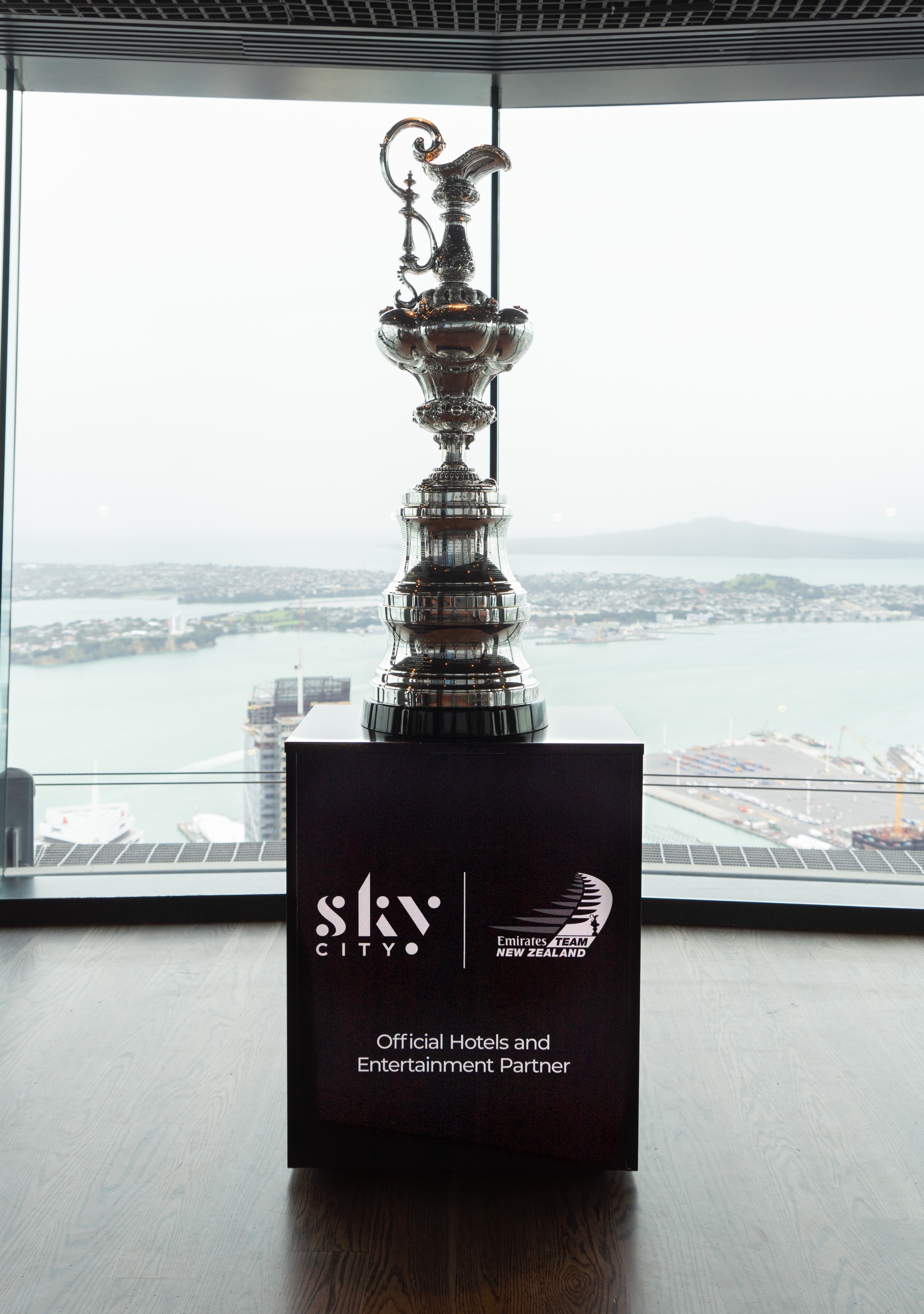 Grant Dalton, CEO of Emirates Team New Zealand is especially excited with what the relationship with SkyCity brings to the team. “SkyCity is another fully engaged partner to come onboard with the team. They cover plenty of touchpoints within communities throughout the country and are really enthused about joining our existing partners to champion Emirates Team New Zealand Fan Zones across the country come 2021.”

“This relationship is especially relevant when looking out from the Sky Tower today, it would be hard to think of any other single location that has such a spectacular view of the America’s Cup race areas across the Waitemata Harbour including the Emirates Team New Zealand base where our new AC75 will very shortly emerge from to hit the water for the first time.”

The new SkyCity logo will be featured alongside the other major sponsors on the team’s AC75 race yacht when Emirates Team New Zealand launch their new boat for the first time.