To commemorate Poppy and Anzac Day, the Sky Tower will be lit from 19– 26 April with a red top and a giant 13-metre poppy emblem projected on the south-east side of the Tower.

The poppy emblem will be visible to attendees at the Anzac Day dawn service at the Auckland War Memorial Museum.

The Sky Tower is the Southern Hemisphere’s tallest free-standing structure. Based in the heart of Auckland, the Sky Tower is one of New Zealand’s most recognisable landmarks. 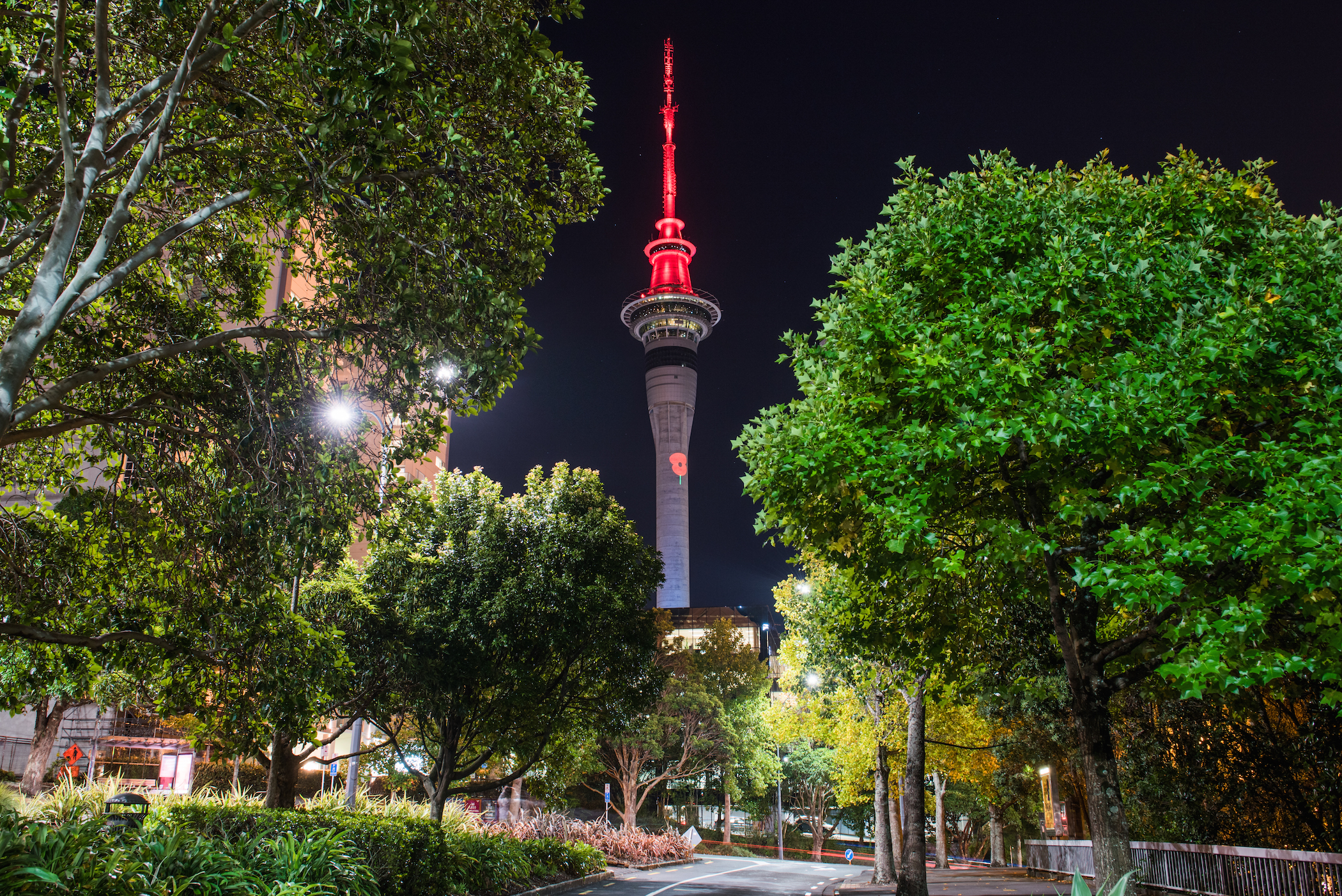