New timelapse footage of NZICC shows a project in progress

New timelapse footage of the New Zealand International Convention Centre (NZICC) rising from its underground foundations has been made public by SKYCITY Entertainment Group today.

Now some 22 months in, the NZICC is quickly rising 14 metres above street level and is keeping the five cranes and more than 400 workers on site each day busy.

At SKYCITY’s Annual Meeting, held today, Chief Executive Officer Graeme Stephens told shareholders that there had been a “positive shift in momentum” onsite, with an experienced team on track to deliver the project by mid 2019.

While a lot of the attention has been placed on the opening date of the NZICC, Mr Stephens said, “the mutual goal for both SKYCITY and Fletcher Building is to deliver a piece of infrastructure that New Zealand will be proud of for decades to come - and I believe we are well on track to achieve that’’.

The NZICC is the largest CBD construction site in New Zealand, and has already employed more than 900 construction workers since the project began. Already, more concrete and steel has been used in the NZICC than the entire Sky Tower, the Southern Hemisphere’s tallest free-standing structure. 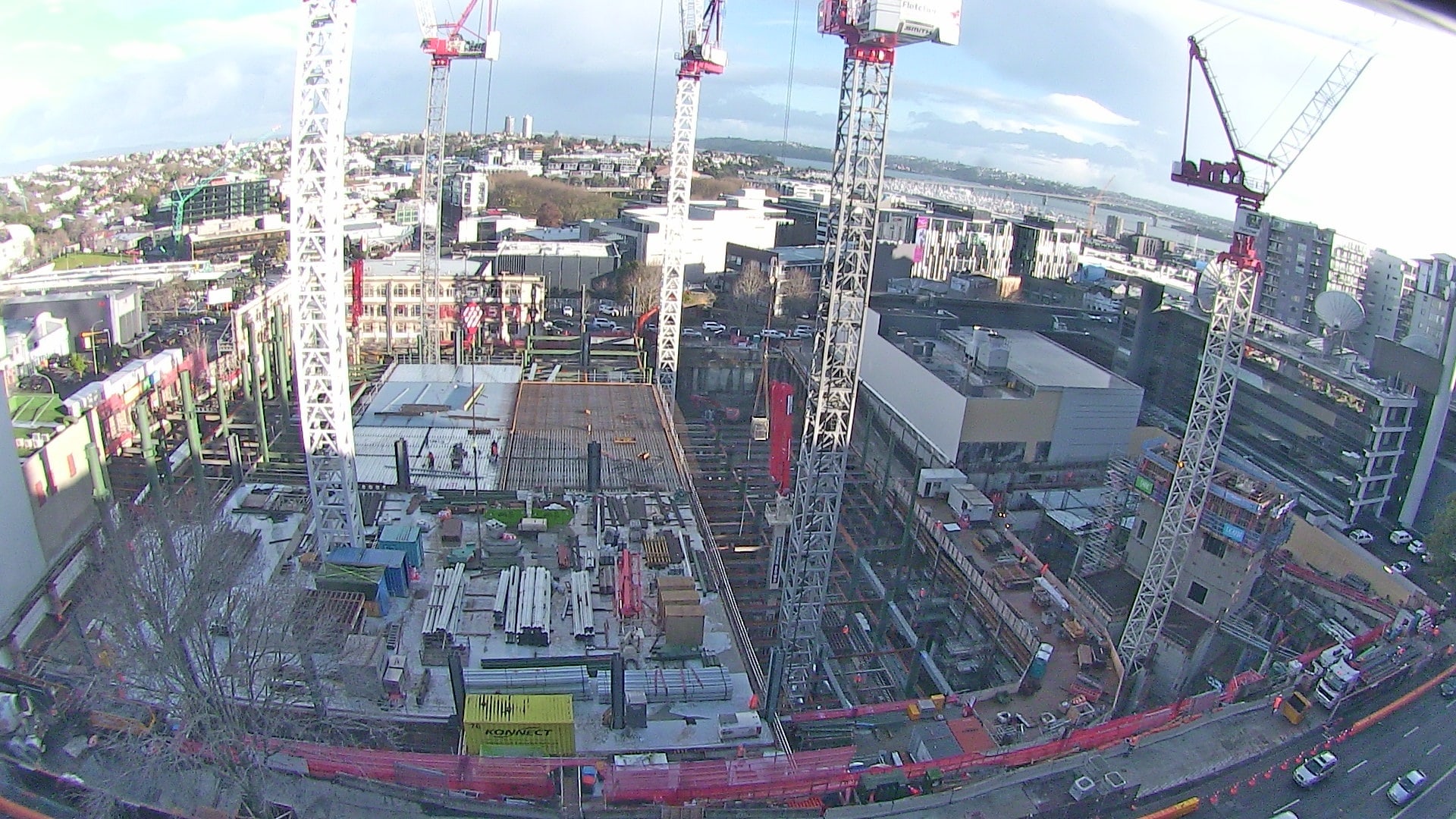 “For the first time, the shape and scale of the massive Exhibition Hall can be appreciated and the skeleton of the NZICC’s structure can be seen, which is very exciting,” Mr Mallet says.

“We’ve been keeping a video record of every day’s progress since we first started demolishing or preserving the old buildings on the site and throughout the excavation of thousands of tonnes of soil.

“Put together into a minute and a half of timelapse footage, this provides a unique insight into the progress we’ve made on the project to date.’’

Recently the NZICC sales team has doubled in size to continue the momentum of bookings and to continue to promote Auckland as an attractive conference destination around the world.