You’ll probably smell the Maori-inspired street kai before you see it laid out on Federal Street.

It’s just one of the highlights of Te Korakora on Federal – a colourful street party celebrating the final weekend of this year’s Matariki Festival.

And you’ll be able to sway to the soul-filled landscapes of TrinityRoots and take in an indigenous slant on fashion from the catwalk as you’re downing your kai.

Presented by SKYCITY Auckland and Auckland Council, Te Korakora on Federal, will transform the cobblestones of Federal Street into a carnival of food, fashion and music of Friday 15 July.

“Te Korakora when translated means ignite, or spark and that’s exactly what we will be doing in Federal Street to bring it to life in a unique and contemporary Māori-inspired way,” says chair of Auckland Council’s Arts, Culture and Events Committee, Alf Filipaina.

“It’s the perfect opportunity for Aucklanders, if they haven’t already, to celebrate Matariki and learn more about Māori creativity and culture in an upbeat, street party atmosphere and it’s free for everyone to enjoy.”

The night’s lineup includes the sounds of TrinityRoots (pictured), award winning singer songwriter Rob Ruha and a special performance from the Patea Māori Club who will collaborate with contemporary poi group, POI360, on a version of their hit song Poi E. This performance coincides with the world premiere of the new feature length documentary Poi E: The Story of our Song. 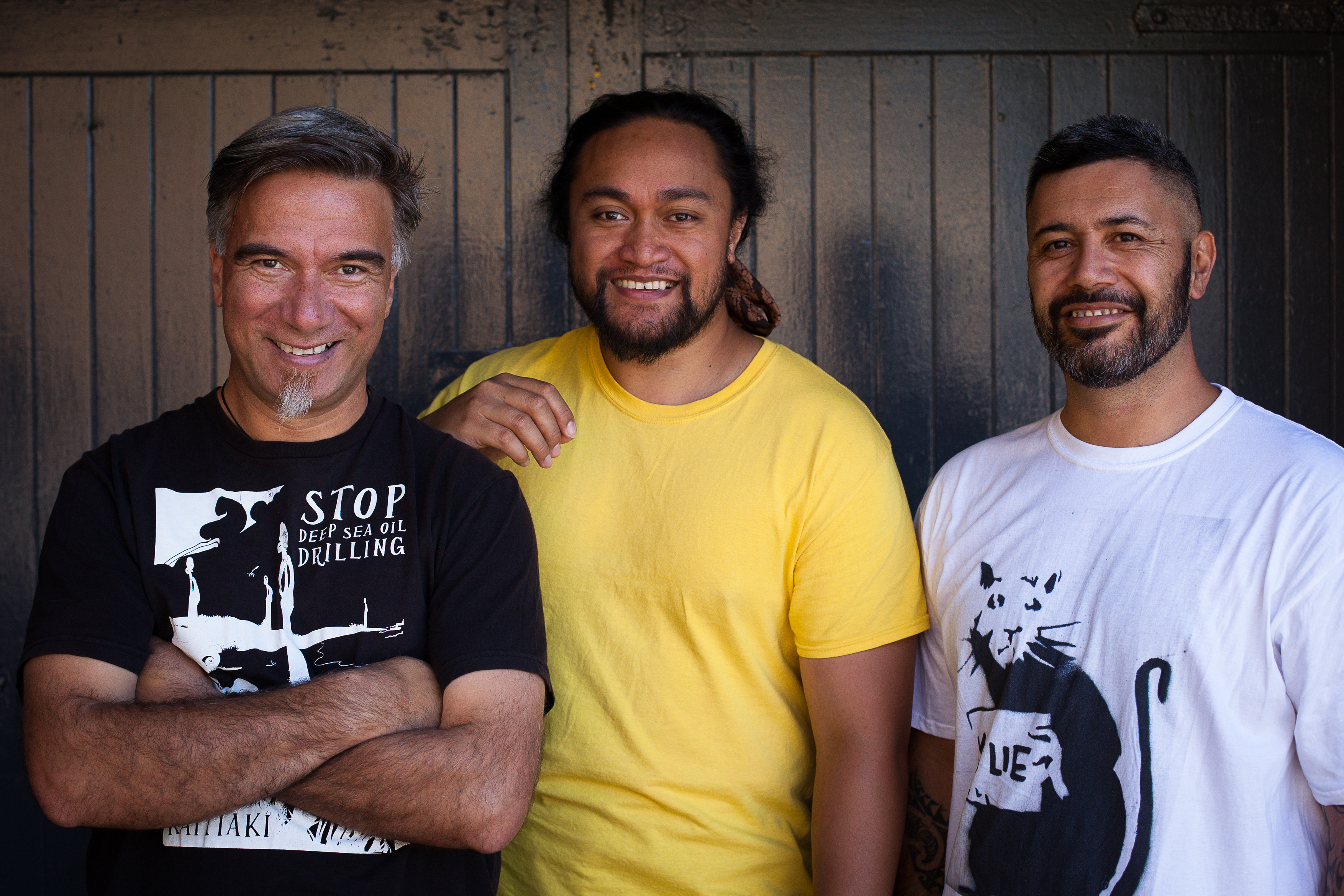 “We’re proud to be partnering with Auckland Council to deliver Te Korakora on Federal, in celebration of Matariki.

“Federal Street’s summertime festivals have always been a great success and we’re looking forward to helping deliver a fantastic event for Aucklanders and visitors alike, with some of our top chefs showcasing their culinary skills by offering a contemporary Māori menu for everyone to enjoy,” he says.

Pop up eateries by The Kitchen c/o SKYCITY will sell kai from a specially- created Matariki menu highlighting the unique flavours of Te Ao Māori, such as  pulled pork slider with watercress and horopito aioli and a delicious kumara fritter dessert with piri piri chocolate ganache.

The street party features a fashion parade headed by acclaimed Māori designer and weaver Shona Tawhiao who will preview her new collection ahead of travelling to exhibit and be artist-in-residence at the MET in New York.

Rotorua-based designer Kharl Wirepa will also showcase his one of a kind evening wear and Waiheke designer Jeanine Clarkin will show her 2016 collection, Te Ao Hou, alongside her son Noa, who will present clothes from his sophisticated street wear label, GEORGE.

Also performing are members of haka theatre company, Hawaiki Tū, and DJs Manchoo and Dylan C will be spinning the decks throughout the night.