Yesterday, more than 160 firefighters climbed the stairs of the Sky Tower in memory of firefighters lost in the September 11 World Trade Centre attacks and honoured New Zealand firefighters who have lost their lives in the line of duty since 1875. 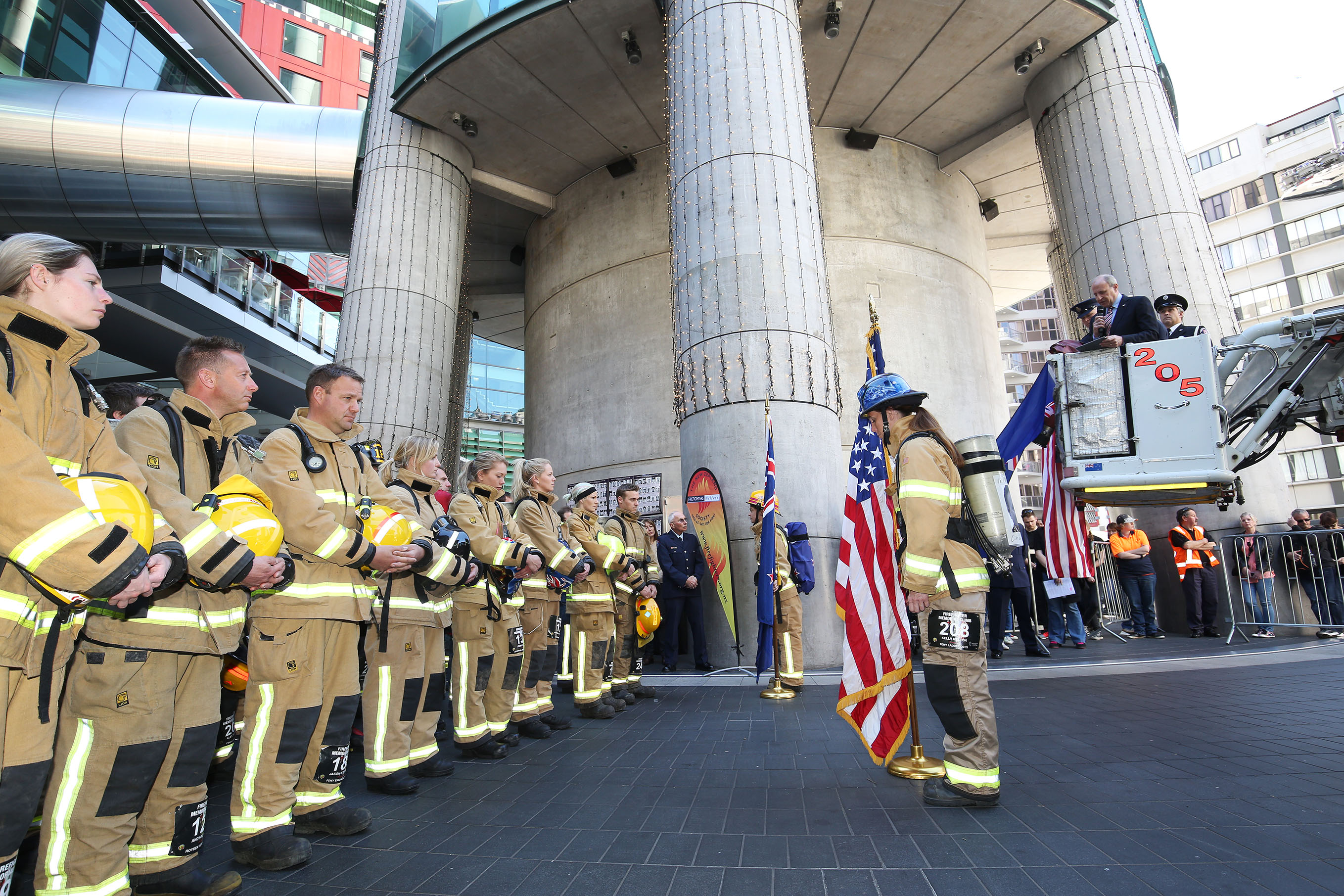 This is the second year the event has been held at the Sky Tower and SKYCITY Auckland Acting General Manager Matt Ballesty says SKYCITY is proud to host the event, which is an extension of a long association with the New Zealand Fire Service.

"Over the past 11 years firefighters across New Zealand have helped raise millions of dollars for our charity partner Leukaemia & Blood Cancer New Zealand through the Firefighter Sky Tower Stair Challenge.

"The Memorial Climb allows us to not only pay our respects... but also give back and honour our firefighters and the incredible work they do in our community every day," says Mr Ballesty.

The Memorial Climb allows us to not only pay our respects to those lost in a tragic world event – 9/11, as well as many Kiwi firefighters who’ve lost their lives in the line of duty, but also give back and honour our firefighters and the incredible work they do in our community every day," says Mr Ballesty.

2016 marked the 15th anniversary of the September 11 attacks, and New Zealand firefighters were the first in the world to hold a memorial event, with New York firefighters tuning in from the United States to watch a live stream of the New Zealand event at their local firehouses.

Tony Scott of the Auckland Airport Rescue Fire Service started the memorial climb following the 2009 cool store fire in Tamahere, Hamilton, where one firefighter lost his life and several were seriously injured.

The event sees firefighters from around New Zealand and the United States come together to remember those lost; a nod to the fire service’s strong sense of camaraderie worldwide.